Notice Pardon Our Dust Read On... 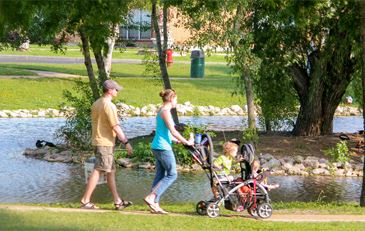 In May of 2006, former Mayor Jack H. Leonhardt and Public Works Director, Charles Lackey applied for and were awarded a grant to beautify the walking trails from Takas Park to Windy Hollow. The State of Texas sales tax on sporting goods partially funded the project and the Windcrest Public Works Department spent several months putting in the bridges, benches and exercise equipment along the trails.

Now one of the most scenic parts of the City of Windcrest, the walking trails have seen a lot of traffic since their completion in September of 2009.