Notice Pardon Our Dust Read On...

The City of Windcrest’s Takas Park was acquired and developed under the administration of Mayor E. James Seal (1971 to 1974). Takas Park is built on land, which originally was in the City of San Antonio, Texas, and through a de-annexation process the land was obtained by the City of Windcrest for a community park serving Windcrest and its surrounding areas. In addition to its use as a community park, a portion of the park was dedicated for Little League baseball fields. 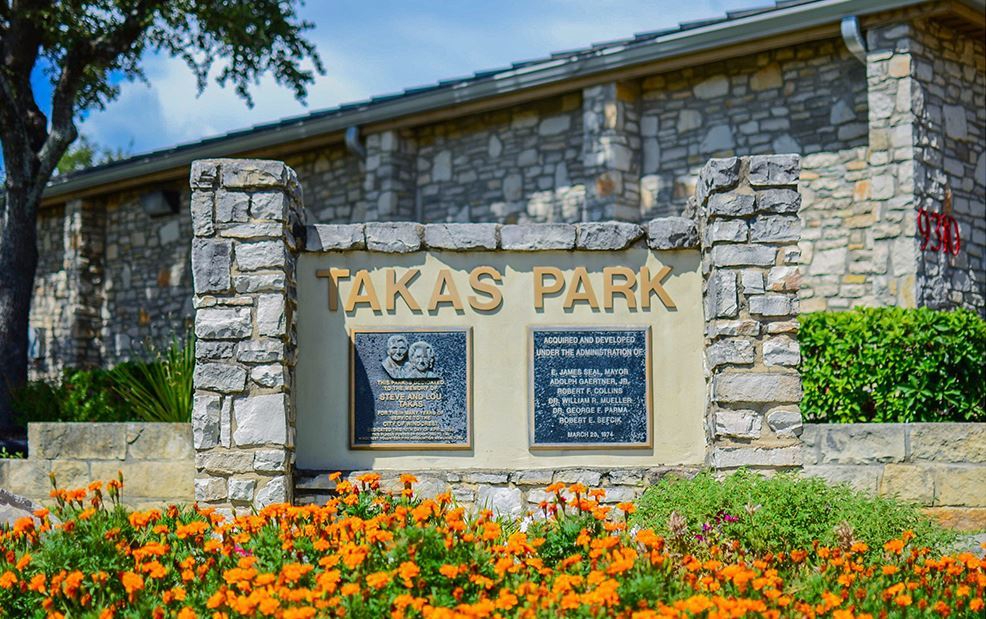 On April 10, 1995, Takas Park was officially dedicated to Steve and Louise “Lou” Takas for their years of service to the City of Windcrest.

Louise “Lou” Takas was involved in many aspects of City government. She was a member of the Windcrest Volunteer Fire Department and was responsible for the Annual Firemen’s Picnic. Lou is most noted for the Christmas Angel Project which provided needy area families with Christmas food and gift items. Lou was the driving force behind the Angel Project until her passing; the program continues today with Windcrest Elementary School and continues to provide many needy families with a joyous Christmas. Steve Takas Jr., son of Steve Sr. and Lou, has served as the City of Windcrest’s Municipal Court Judge since 1980.